Britney Spears‘ ex-husband Jason Alexander has made continuous attempts to connect with the singer in person, and showed up armed with a knife to her wedding … according to cops.

The Ventura County Sheriff’s Office has filed an emergency protective order against Jason Alexander after the man showed up uninvited to Britney’s home Thursday. The doc reads, in part, “(He) has continually trespassed on her property. Alexander advised multiple times no welcomed.” 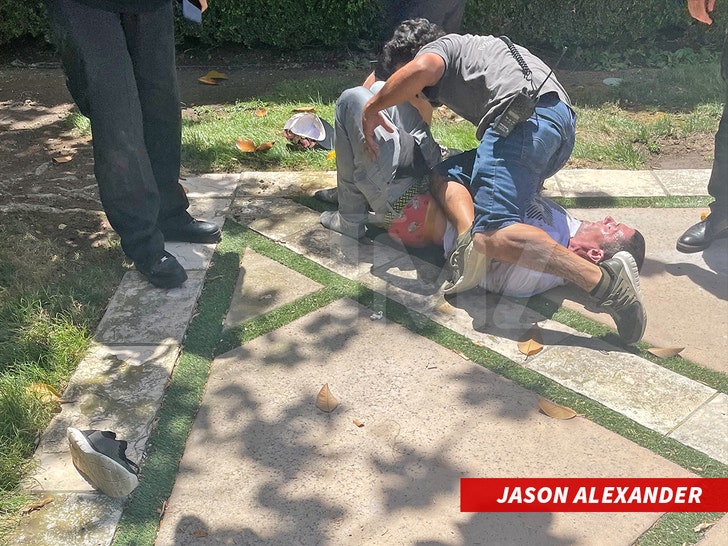 Cops say Alexander was armed with a knife when he crashed the wedding and made his way inside Britney’s L.A. home.

The order states Jason must stay at least 100 yards away from both Sam and Britney as well as her home.

Britney’s attorney, Mathew Rosengart, tells TMZ, “I want to thank Sergeant Cyrus Zadeh, Detective Ken Michaelson, and the Ventura County Sheriff’s Office for their prompt and good work and look forward to working with law enforcement to ensure Alexander is aggressively prosecuted and hopefully convicted. This was an outrageous security breach, which I am livid about, but fortunately, Britney is safe and she was a beautiful and happy bride.”

As we reported, Alexander went live on social media as he entered her property before making his way to her upstairs. Fortunately, Alexander was not able to make direct contact with Britney during the incident. He was arrested for trespassing, vandalism and battery.