Justin Bieber Battling Virus That Has Paralyzed Part of His Face

Justin Bieber has been battling a serious virus, one that has left the right side of his face paralyzed … and he’ll need to take some time off to work on getting better.

The singer posted a video Friday explaining to fans why he’s had to postpone several shows over the last week, explaining he’s been diagnosed with Ramsay Hunt Syndrome. Bieber says it’s affected a nerve in his ear, causing the paralysis.

As visible in the video, Justin is unable to blink with one of his eyes, and can only smile with one side of his mouth.

While JB apologizes to fans for having to have missed the recent shows, he says the whole thing is “pretty serious” and that he’ll need to take an undetermined amount of time off to work on getting healthy.

He says he’s been doing facial exercises, and that with work, everything will get back to normal — it’s just not clear how long that’ll take. 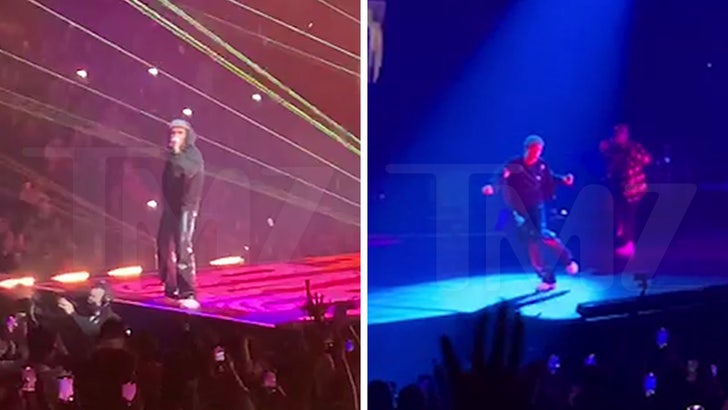 Justin’s Justice World Tour kicked off back in February, and hit a slight bump when he and Hailey Bieber both got COVID.